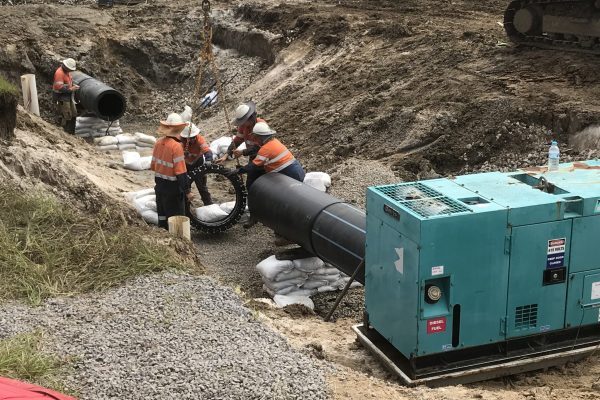 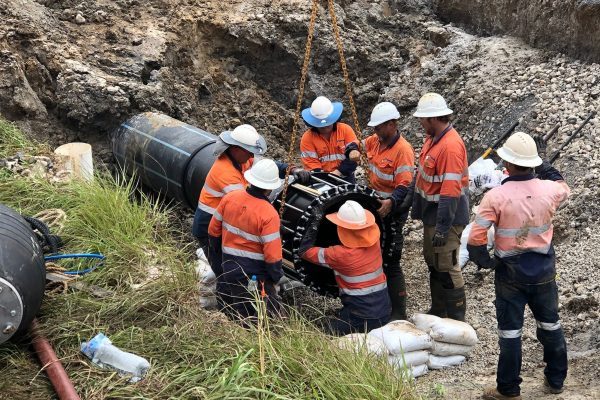 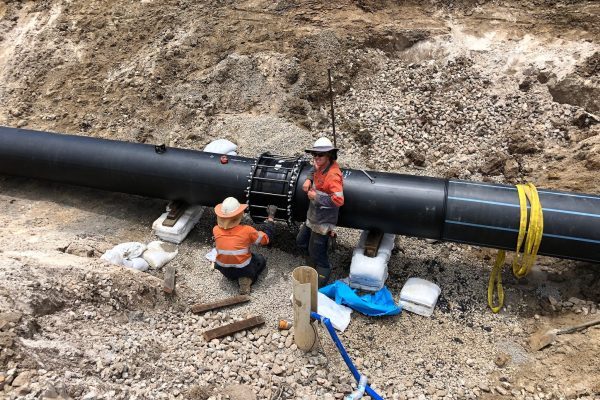 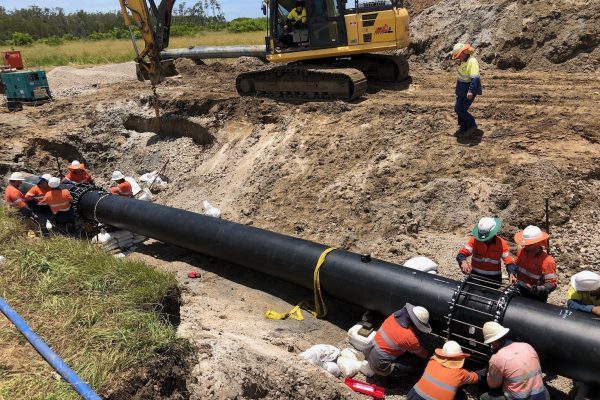 More than 8,000 houses in the Bli Bli region of the Sunshine Coast were at risk of losing their water supply when a five-metre crack was discovered in a section of pipe.

An ineffective repair by a contractor on the four-year-old polypipe water main left the water supply severely under threat. Unity Water, had attempted to replace it with two new couplings, but unfortunately the contractor had not installed them in line with the manufacturer’s recommendations.

Initially Unity Water were faced with a massive repair which would have required disconnecting the water supply to thousands of houses in the Bli Bli area, with significant associated costs in the supply of bottled water to affected properties. The alternative methodology of our solution was significantly faster and the entire replacement process was completed within two hours. A few days later a separate and unrelated length of pipe burst 200 metres from the repair and Hygrade used the same repair process with an additional two couplings. This repair methodology is now the preferred process by Unity Water for any large diameter pipeline. 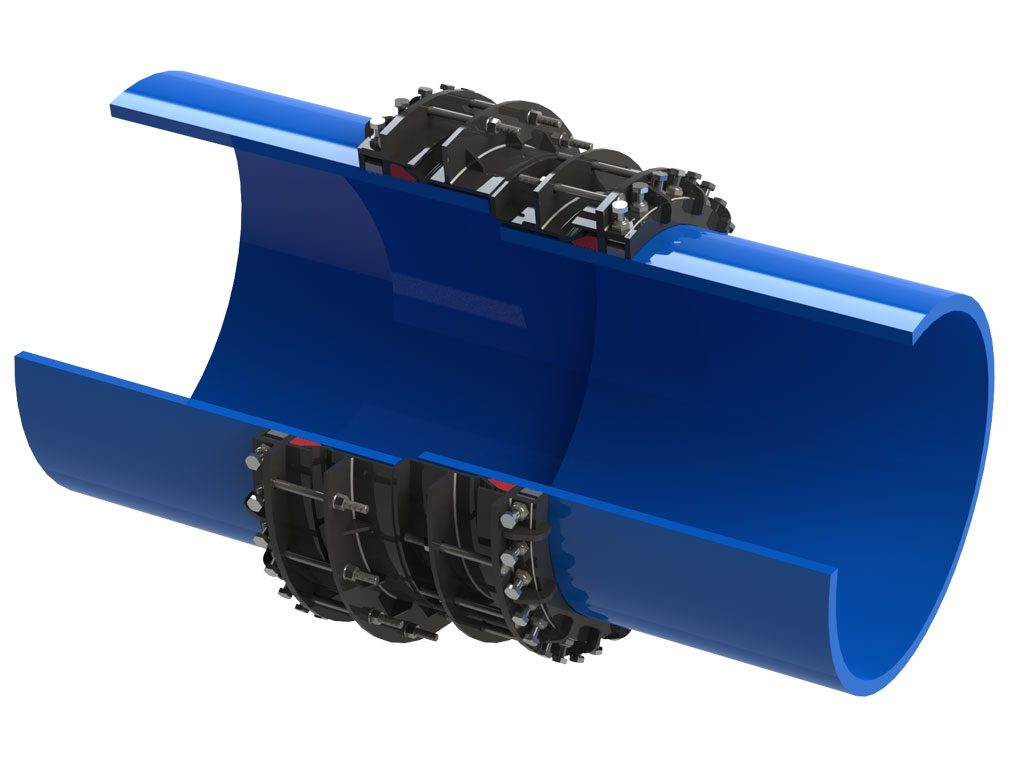